Developer:
The Wild Gentlemen
Based in Budapest, Hungary

"The Wild Gentlemen" is an independent game studio, working on its first game: Chicken Police, the "Orwellesque Buddycop Noir Adventure". The team consists of six core members and four part-time contributors. Members of our team have worked on projects like The Witcher 3, Call of Duty WWII, Warhammer: Mark of Chaos, Crysis series, Haegemonia or Ryse: Son of Rome. While individually most of us have been active members of the games industry for over a decade, Chicken Police is our first project together. We are determined to release our game in Q1 of 2020.

Chicken Police is a unique noir adventure set in the fictional world of the Wilderness, featuring narrative-based gameplay, gritty themes and an absurd, unique sense of humor.

The imagery of Chicken Police was inspired by the film noir movies of the '40s (like The Big Sleep, Gilda or Double Indemnity) and games like Grim Fandango and Snatcher. The game uses a unique blend of 2D and 3D designs and contemporary visuals of old cinema.

A narrative-driven adventure with a complex interrogation system and mystery-solving detective gameplay. Interrogate suspects and collect essential information not only about the case but about the city and even your own past...

Discover the city of Clawville, where predator and prey have been living alongside each other (NOT) in peace for almost a millennia. This is the story of two rooster detectives, who venture into the darkest depths of the city in pursuit of a sinister case. Classic film-noir adventure with dark humor, gritty themes, and dangerous animals!

Chicken Police is a story- and text-heavy game with the elements of the point and click, and visual novel genres. There will be more than 30 unique characters to talk to, some of them to seriously interrogated.

Sonny Featherland and Marty McChicken were once legendary detective partners, but time had passed them by. Sonny is a burnt-out, alcoholic ex-cop, who spends his days in an abandoned hotel, while Marty hides behind the facade of a star-detective, but slowly he's losing himself. Now they're back together again on a case bigger and much more dangerous than anything they've ever encountered before.

EXPLORE THE CITY OF CLAWVILLE

There are more than 25 places to visit and all will change several times during the story. The player can return to previous locations at any time, to find hidden secrets, meet new characters or even uncover new story-arks. 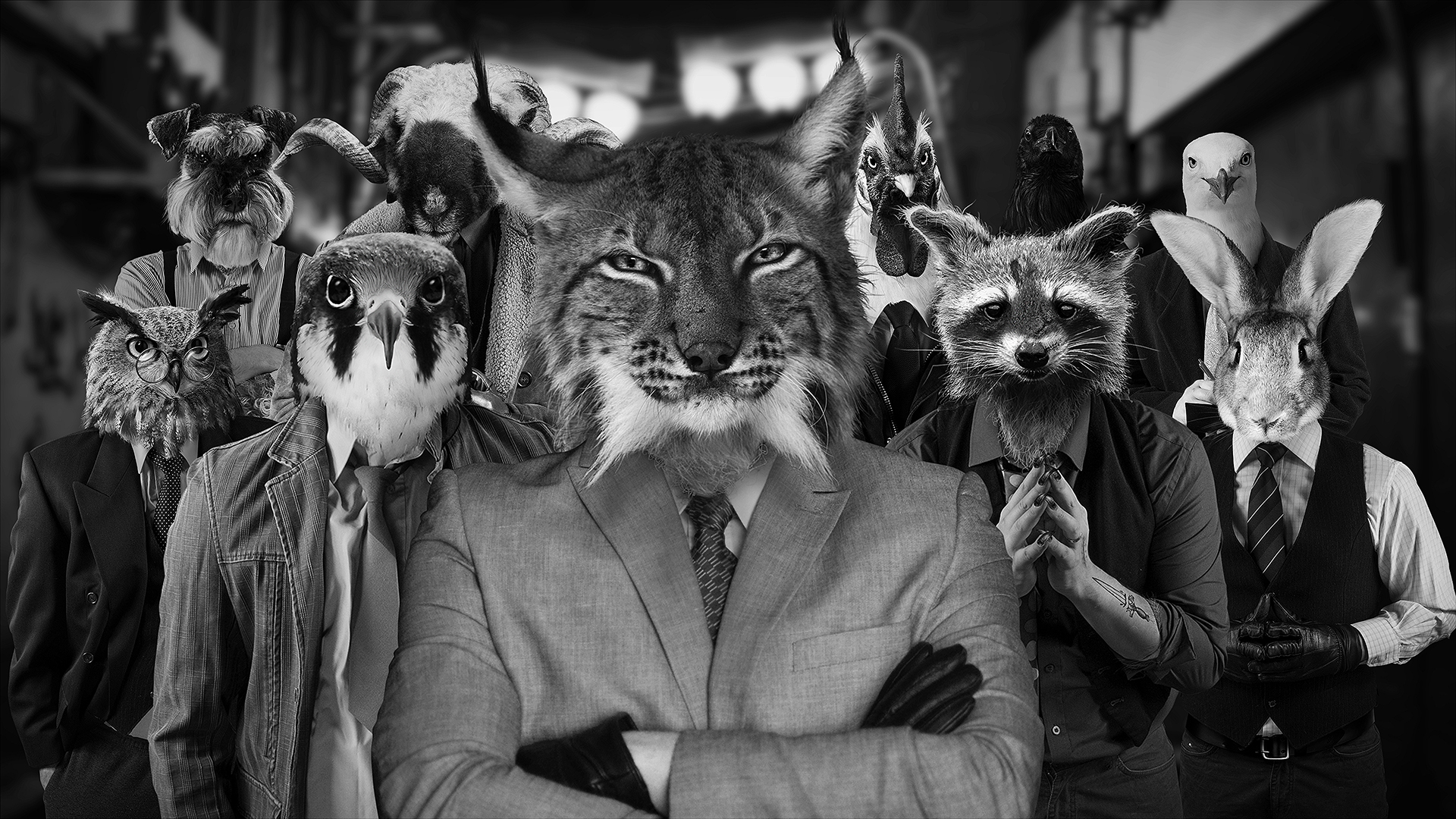 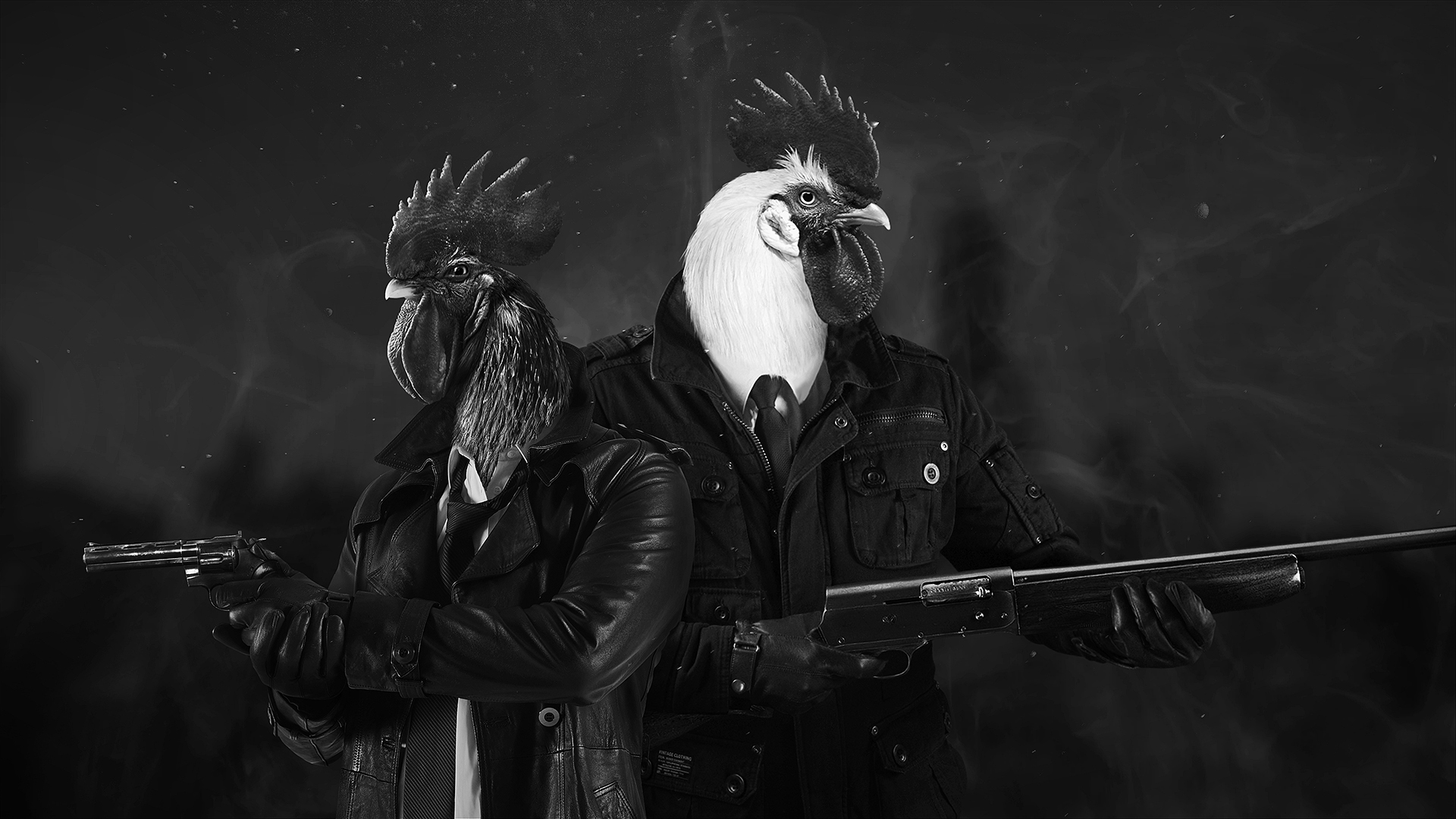 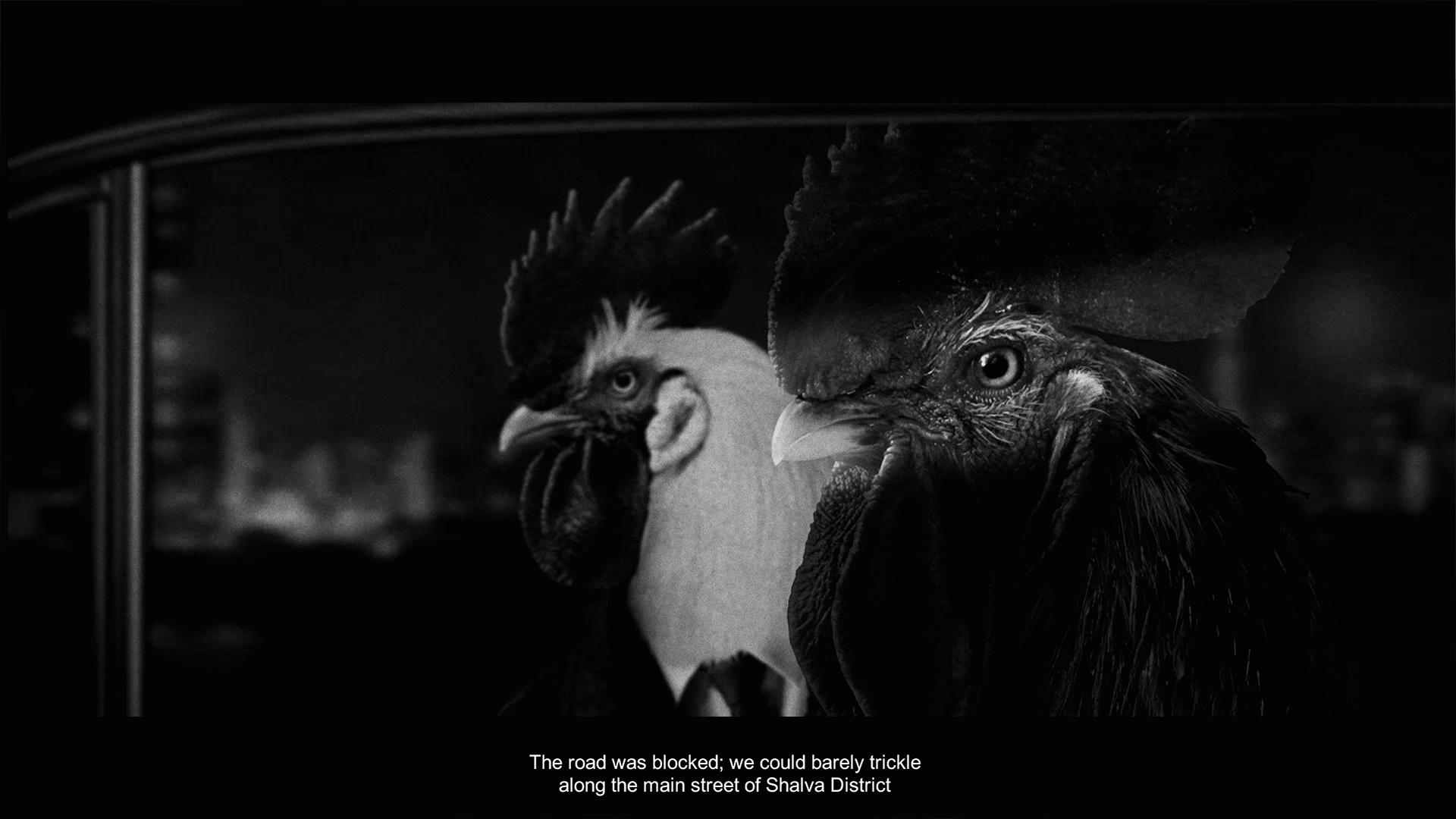 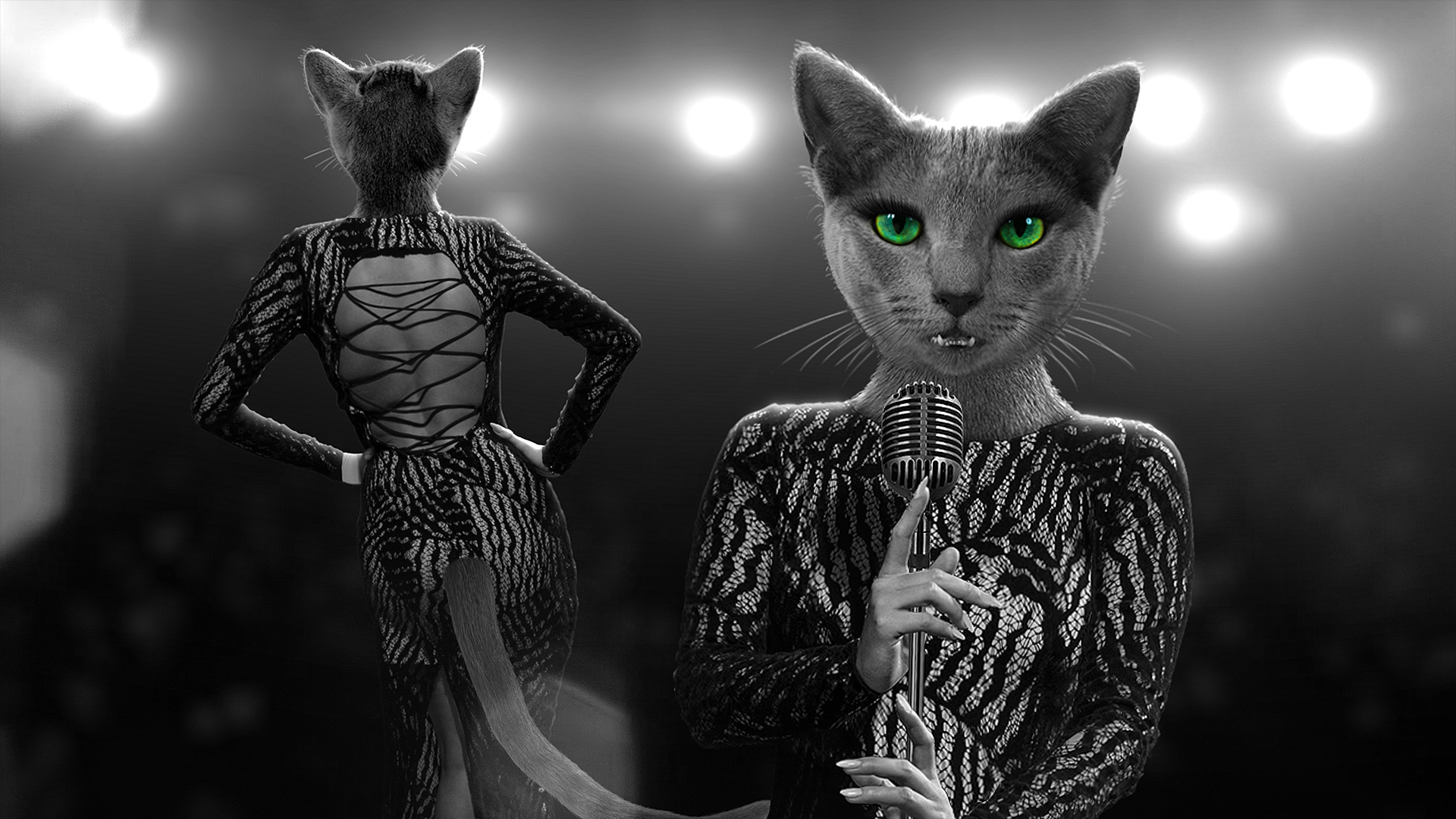 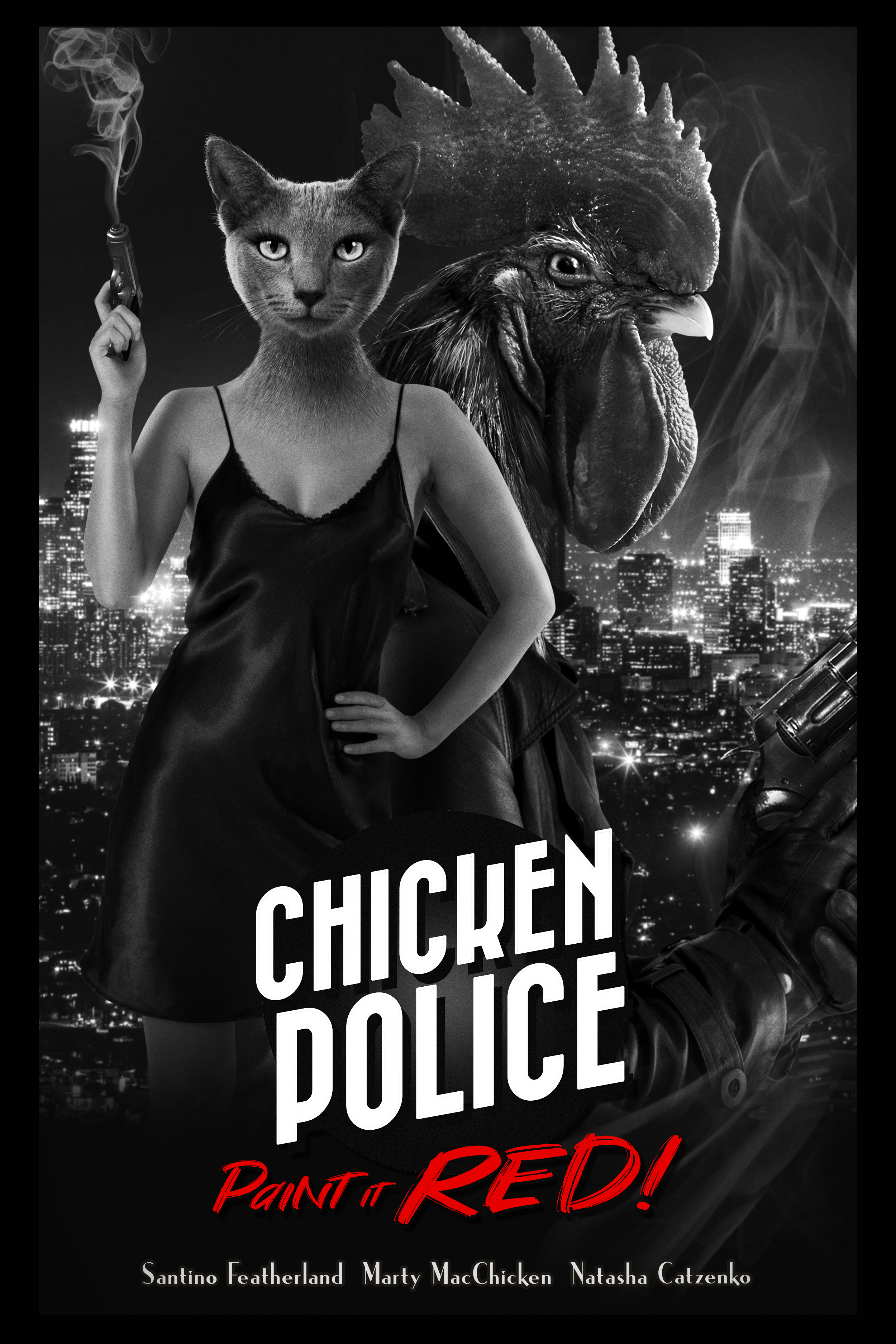 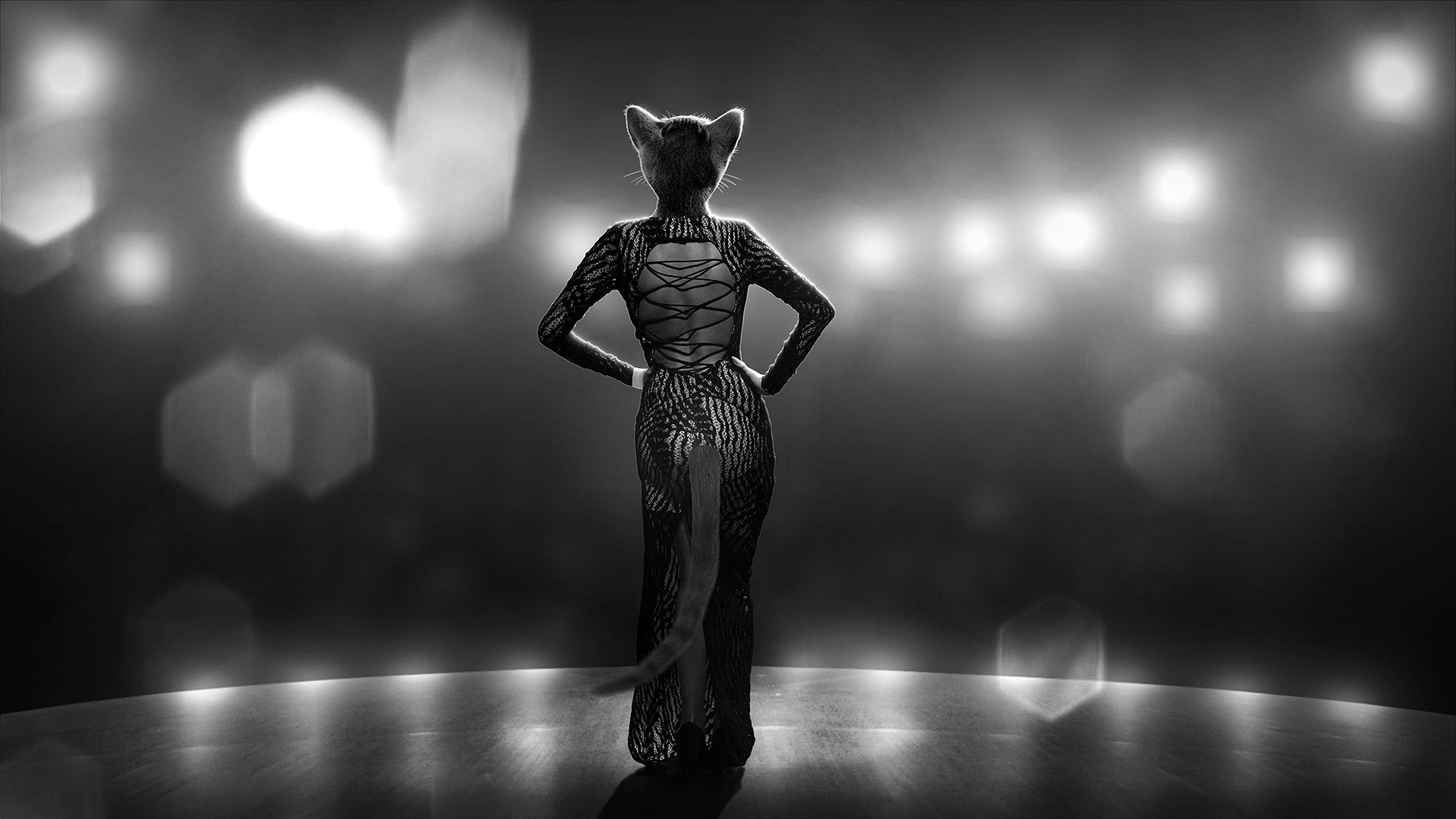 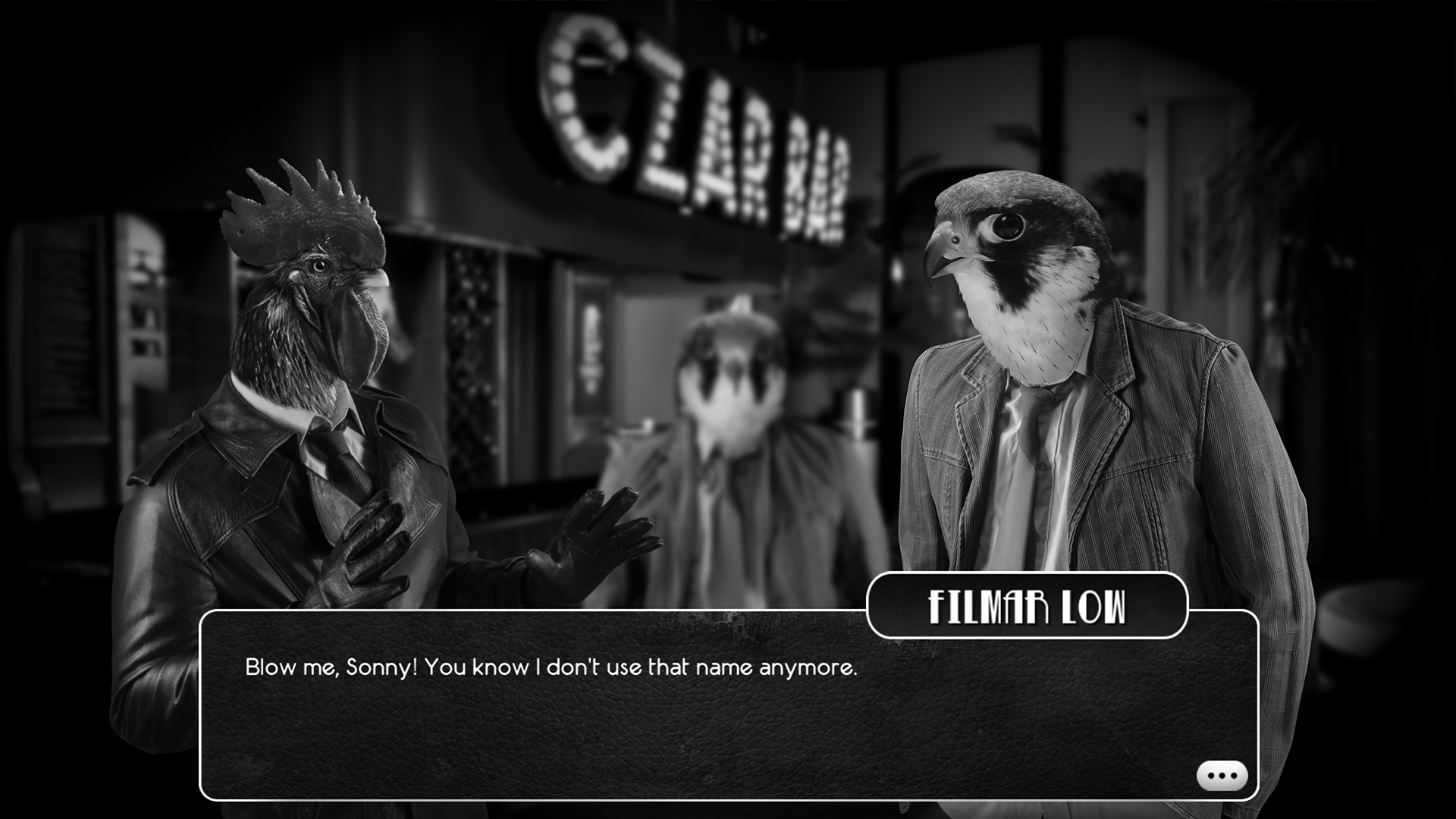 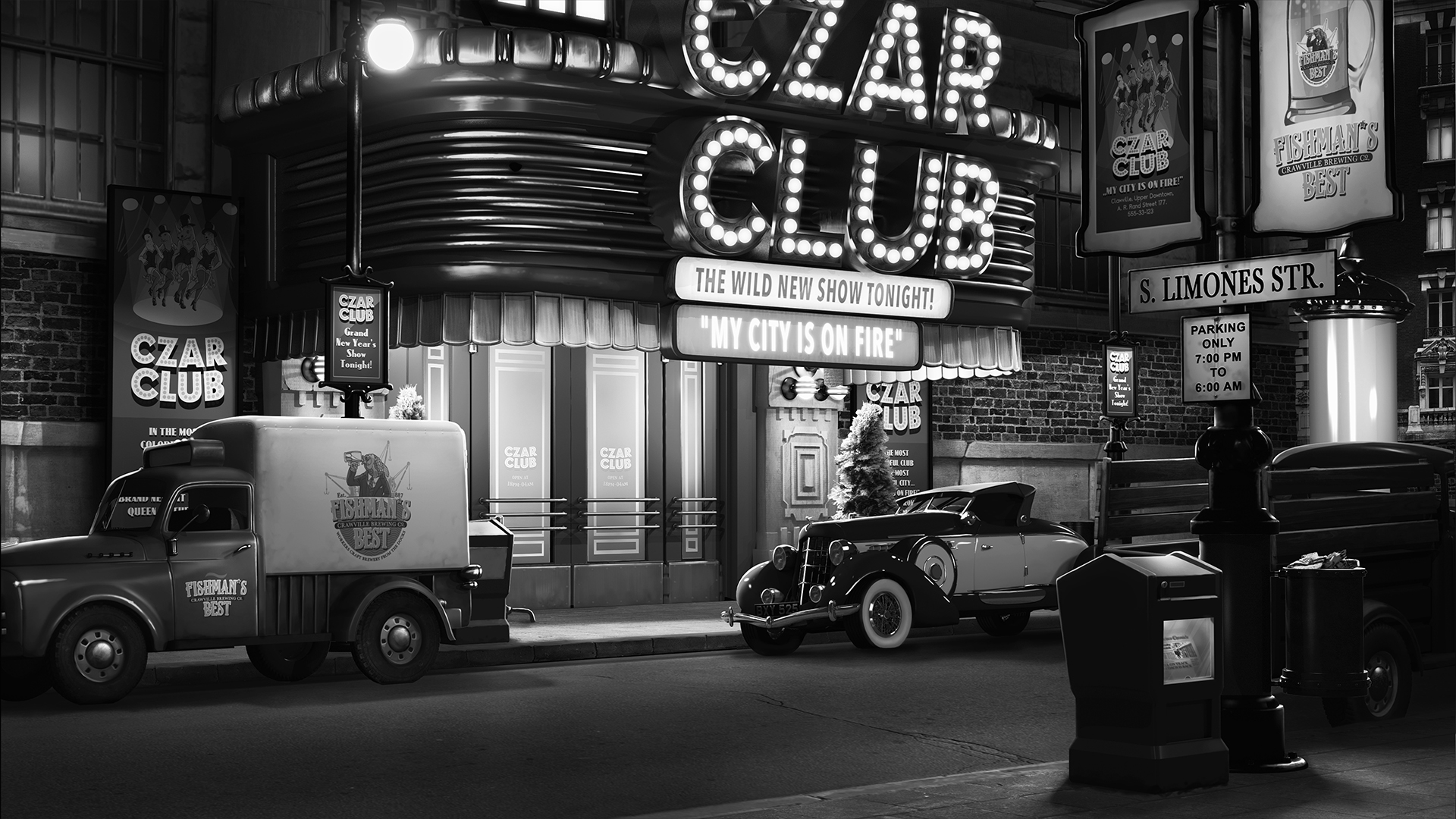 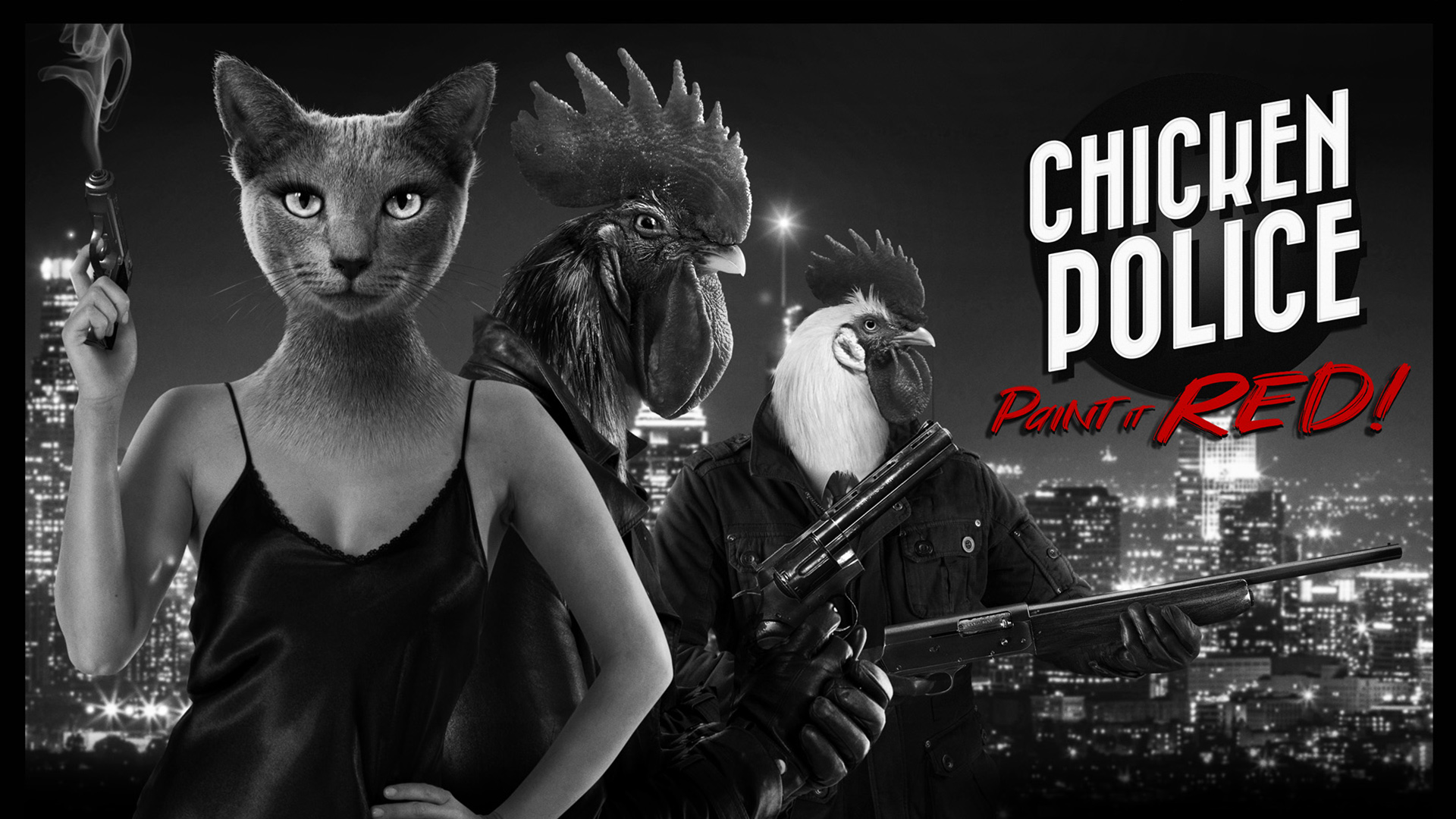 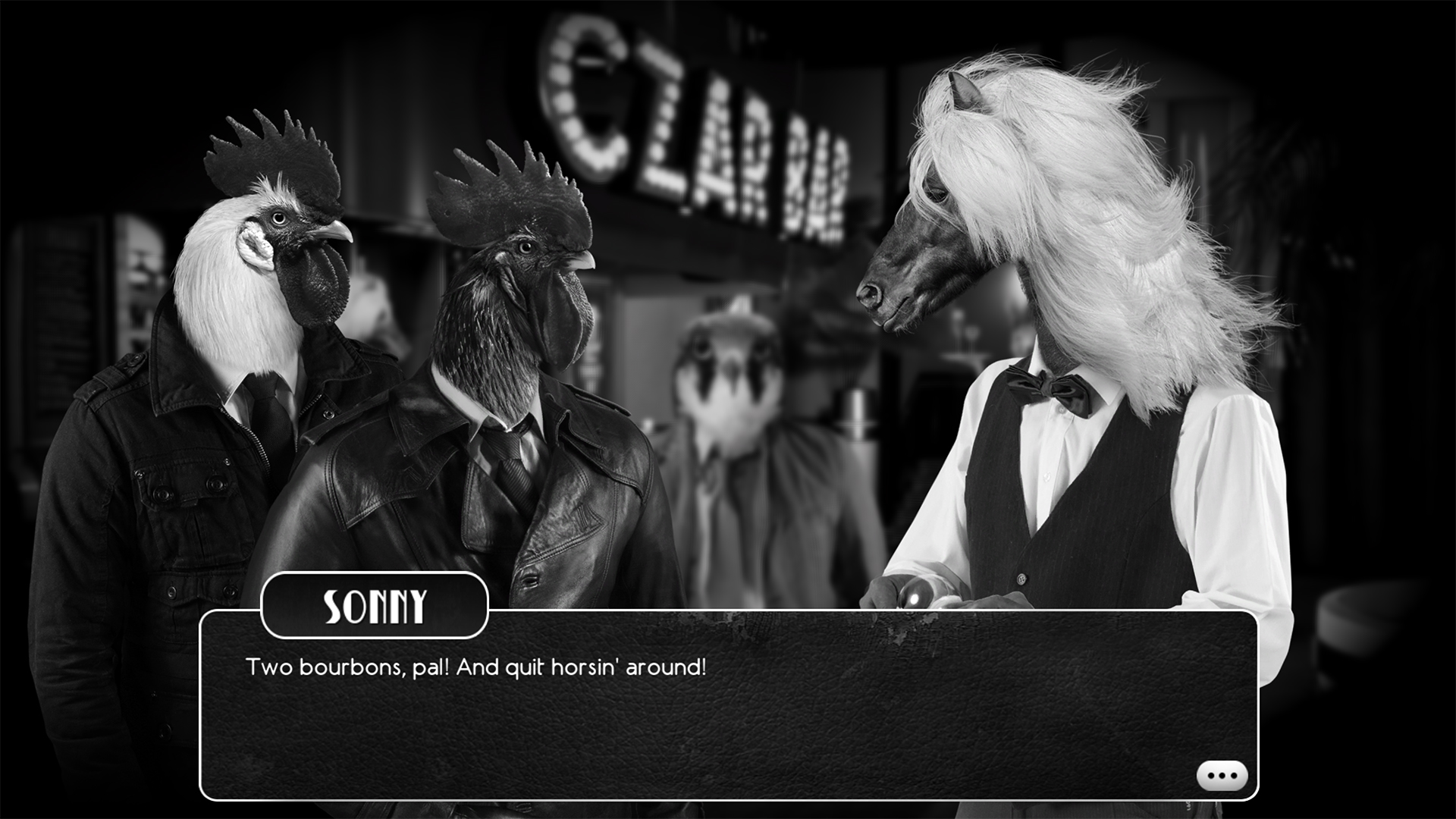 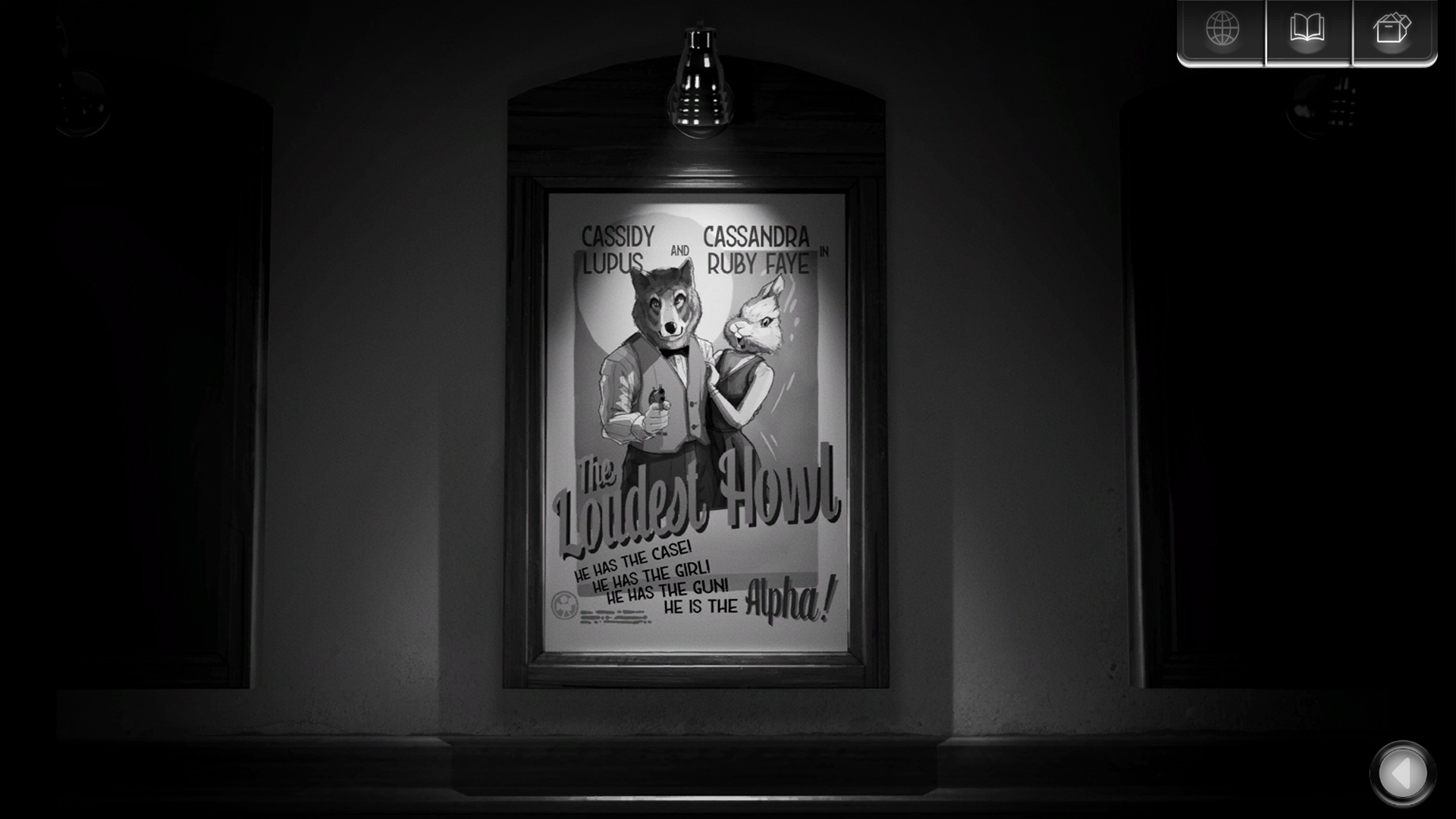 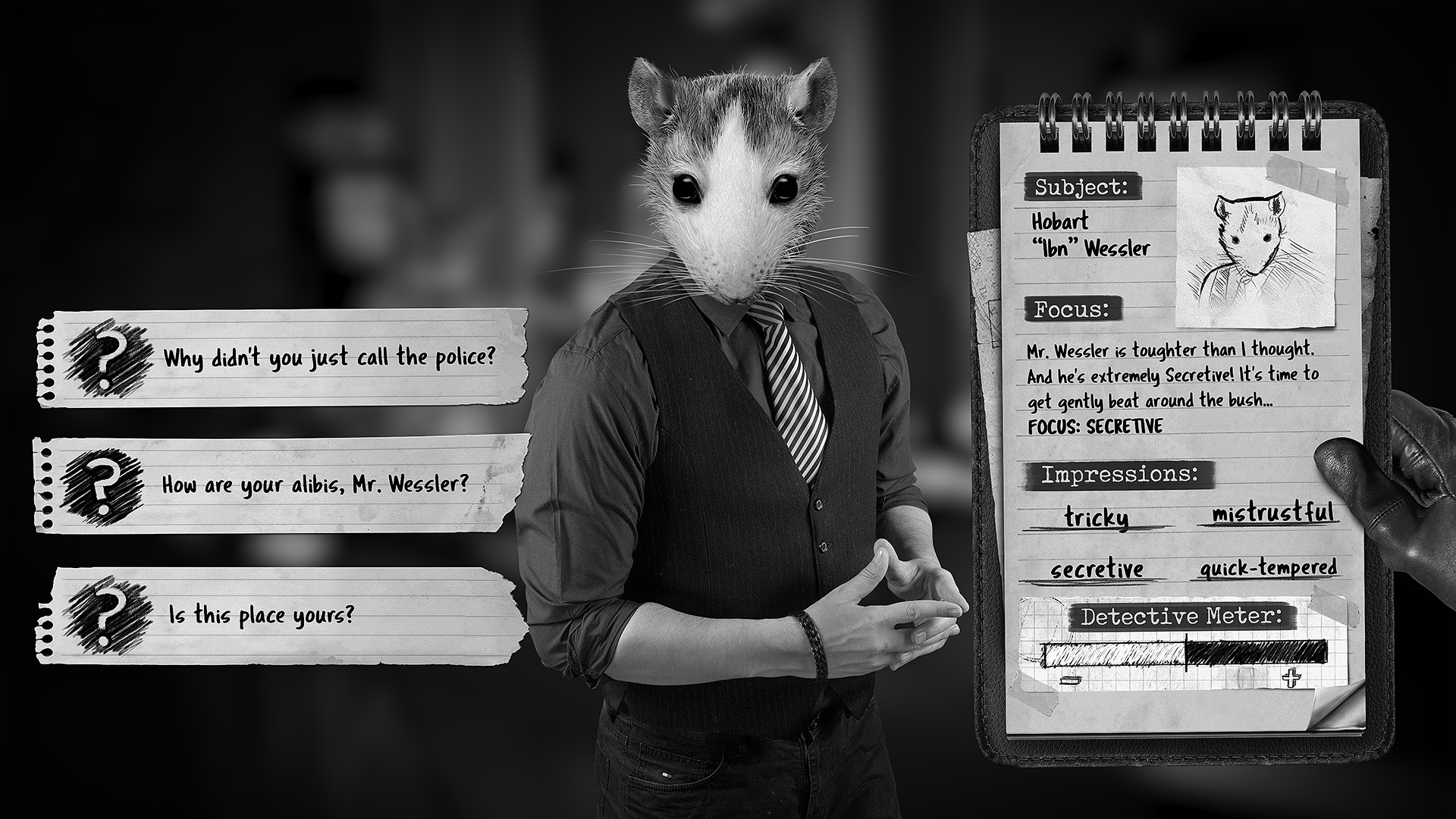 We have a lot more material available for Chicken Police, please contact us if you have specific requests.

presskit() by Rami Ismail (Vlambeer) - also thanks to these fine folks